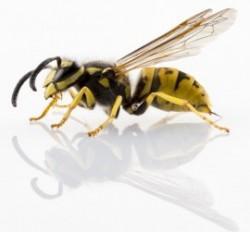 Insects most commonly implicated in allergic reactions include Honey Bee, Wasp, Yellow jacket, Hornets and Fire Ant. Reactions to insect stings are usually in response to the venom that is received from the insect. While this may be a minor annoyance that heals within a few days for most people, there are some people who are severely allergic to the venom. People who are allergic to insect stings may have a life-threatening allergic reaction known as anaphylaxis which requires immediate medical attention.

Symptoms can be local (confined to the area of sting) or systemic (generalized symptoms). Local reactions may include:

Patients experiencing systemic or severe allergic reactions, which may include the following symptoms, should seek immediate medical help:

The diagnosis of insect sting allergy is made by a combination of history, skin testing with venom and blood tests.

If the allergic reaction is not a medical emergency, the general steps to take in caring for an insect sting may include: